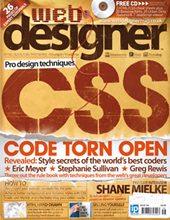 For over 15 years, KillerSites.com has been teaching web designers and developers practical, marketable skills. Our tutorial videos have been watched millions of times and have been featured in magazines across the world, including Web Designer UK and Photoshop Designer UK. Our network of sites cover a wide range of web topics and receive millions of page views each month.

Join over 80 thousand subscribers to our sites, newsletters and community and learn the latest web tips and tutorials to help you succeed.

Stefan built his first web site in late 1994 to promote his import/export business. This early experience with the Web as a business tool, has played a major role in his development as a web designer, programmer and entrepreneur.

Since that time, Stefan has been involved in projects both large and small in the Web space and has built many web sites and web applications while learning 8-9 programming languages along the way.

Today, his focus is on teaching practical (and marketable) web design and programming techniques through videos, podcasts and the written word.

Creating Killer Web Sites taught that web designers should incorporate design and layout principles used in print media, in the creation of web sites. Today, this may seem like a no-brainer... but back then, it was ground breaking!

Since 2001, KillerSites.com has been run by Stefan Mischook with the aim of teaching practical business oriented web design. Over the years, Stefan's articles and video tutorials have appeared in magazines and books published around the world.

The course was good with clear explanations . however i couldnt download the last videos achive 7 and 8 . the videoes couldnt finish downloading . so the number of downloads run out . very disappointed .

"It is a great learning experience to go through all your tutorials for a web-design beginner. Great Work!
Astounding simplicity!"